Why the UFO LED high-bay light does not light up?

LED UFO high bay lighting is one of the most commonly used industrial and commercial lighting fixtures. It is known for its high brightness, long life and low energy consumption. However, it is still difficult to avoid various problems such as the lamps dimmed one by one, so that they do not emit light during use and the like. Now, let's take a look at the reasons why LED UFO high-bay lighting is dimmed and not lit. 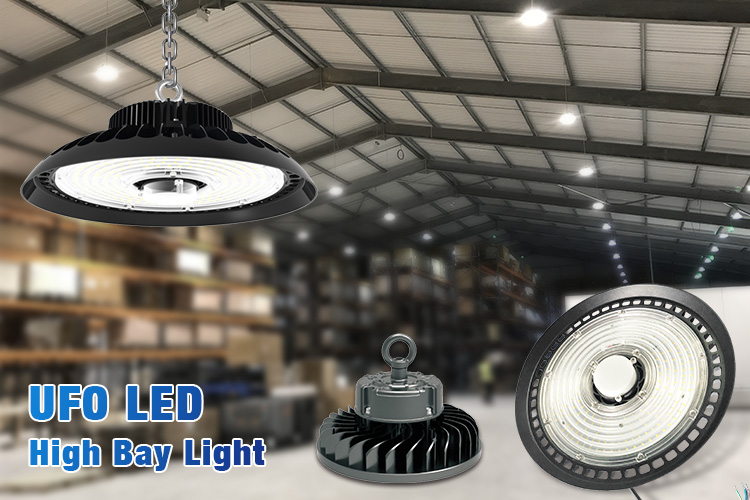 If the LED UFO high bay lighting becomes dark, it means that there are some problems

with the lamp bead. In LED luminaires, all beads are divided into several strings. The

beads in each string are connected in series, and the strings in the luminaire are

connected in parallel. Therefore, any beads in the string will rupture; the remaining

beads in the string will no longer illuminate. To make matters worse, if each string has

broken beads, the entire fixture will fail. In this case, you need to consider whether there

is a capacitor or resistance problem. In fact, since the center of the lamp has black spots,

it is not difficult to distinguish the broken lamp beads.

If the LED UFO high bay lighting is not lit, there is some problem with the driver. If the luminaire does not illuminate, make sure there is no problem with the circuit. In the case of a normal circuit, it may be that the drive has failed. Light-emitting diodes have high demands on current and voltage. It cannot emit light at any large or small current or voltage. Therefore, all LED luminaires are equipped with drivers designed to maintain constant current and voltage. When you turn on the luminaire, if all the beads do not suddenly emit light, the most important consideration is the drive, so a new drive must be replaced.